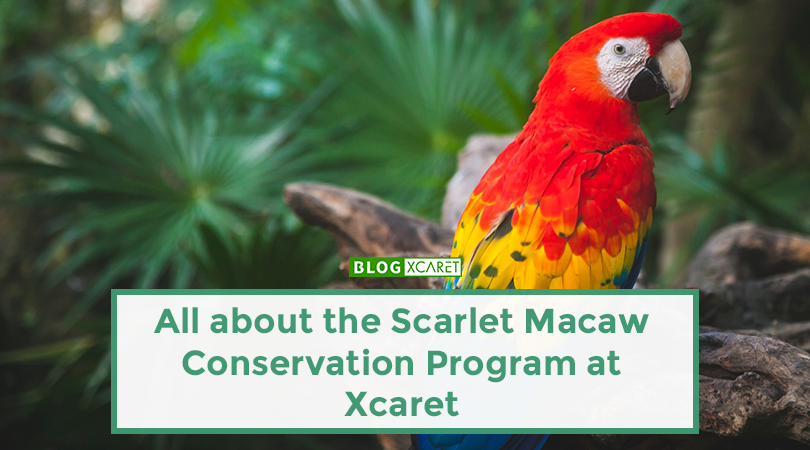 Wildlife conservation
FLYING home: all about the Scarlet Macaw Conservation Program at Xcaret

Going home. To us, this may mean a moment of peace after a long day at work, a break after some type of adventure or to share a smile with someone after a long time. Mostly, going home means peace and calm for the spirit (unless you’re taking home a bad report card to your parents…). Can you imagine what it meant for the scarlet macaw to go back home for the first time since 1935?

This happened in 2013, when 27 scarlet macaws were reintroduced to the Lacandon Jungle thanks to the efforts of hundreds of people and a dream that started at Xcaret. After the success obtained on that first attempt in 2013, the efforts have continued and multiplied, up until today (as I write this blog) we’ve helped reintroduce 293 scarlet macaws into the wild!

You may also like: 10 things you didn’t know about Xcaret’s macaws

Coming back from extinction, recovering their wilderness, thriving in their land and simply coming home. It reminds me a lot of Tolkien’s story, “The Hobbit” were he helps the dwarfs recover their long-forgotten home. You could say this achievement is somewhat similar, while there might’ve been less fantastic creatures, it took just the same amount of effort. This was an authentic and fulfilling task that goes to show all that we can achieve when we work together and in peace with nature.

Of course, this program has taken a long time to develop. It’s not just reproducing animals and letting them go, no! It takes a lot more than that. It took almost 20 years of work before the first reintroduction was possible. Many studies, experts from the best universities in Mexico, collaborating with parks in the states these animals are originally from and above all, love and dedication for a project that began as a dream. We even got two Guinness World Records to show for it!

We could see the Scarlet Macaw Conservation Program, on the big picture, as a series of steps, or maybe more of a cycle, since even after their reintroduction, the birds are still studied to ensure their survival and thriving in the wild. On the picture below, you can follow the process step by step.

Even once in the wild, the macaws must go through an adaptation and training process so that they may survive and thrive by themselves on the wild!

As I was saying, for this project to be a success, many years of work and multiple studies were needed. In order to show this process more clearly, I’m sharing this timeline that takes us from the moment of the species’ apparent extinction, all the way to their triumphal return to the wild.

Reintroduction was a success. After the first reintroduction, hard work, monitoring and studying of the birds in wildlife carried on. The numbers were amazingly positive, making this achievement a ray of optimism for the present and future, opening doors to new projects and allowing us to think of new sites and species to start helping now!

More from the archive: Scarlet Macaw flies free in Mexico

Thanks to the success given upon our first reintroduction, the Scarlet Macaw Conservation Program at Xcaret has carried on, and the numbers to this date look like this:

Thanks to the success given upon our first reintroduction, the Scarlet Macaw Conservation Program at Xcaret has carried on, and the numbers to this date look like this:

As it is with everything in nature, this small (or quite big to be honest) success means a positive ripple effect in a much bigger scale. As I was saying, this opens the door to exploring our possibilities to lend a hand in new areas and different species, but furthermore, nature itself takes care of thriving as long as we respect it.

For example, the reintroduction of macaws into the wild doesn’t only mean a benefit to their species or for our grandkids to see them, but they can now keep playing their role as an important agent of reforestation in the area. Yes! The macaw is naturally a seed transporter, so when they fly freely through the jungle, they spread seeds along the ground, helping life once more.

Such qualities show just how perfect natural life, and their cycles are. In addition, it teaches us about the importance of taking care of it, respecting it, and now more than ever, of helping it!

At Xcaret, we want to do our own bit in working for the conservation of species. Which other conservation program at the park would you like to learn about? 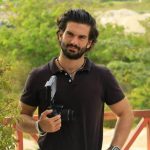